Next in the #rumfamily series we get to know someone who shares deep insights into the world of spirits and cocktails and of course Rum as part of this, ‘Matt Pietrek-Cocktail Wonk’. I highly recommend you check out both his publications and website (here).

How long have you been blogging?
My first post on CocktailWonk.com was September of 2013, so coming up on six years. Previous to that, I wrote extensively about computer programming topics.

What got you started/what is your background?
I was a software developer/software architect for thirty years. There, I developed my skills in drilling deep into topics, not stopping till I understood everything possible. From 1992 through 2004, I wrote extensively about development tools and how operating system, i.e. Microsoft Windows, worked under the covers. 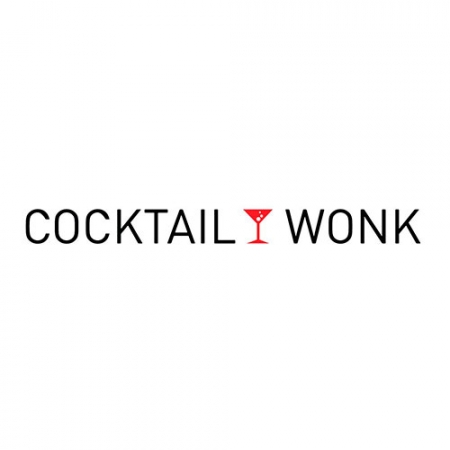 Naturally, this character trait came along for the ride when I became fascinated by cocktails and spirits. My wife, Carrie, was very supportive of me, but finally said “Enough! You need to start telling all this to other people. Not just me!”

What was your first memorable rum?
I remember a friend giving me Pyrat once, and it made me think “This is something very different than the Bacardi silver I’ve been buying for beach drinks.”  The same friend also later introduced me to Zaya.

I also remember being turned on to Diplomatico Reserva Exclusiva by Murray Stenson, a famous Seattle bartender.

My rum preferences and knowledge have changed greatly since those early days. Still, for better or worse, they started me down a path that’s turned into a full time career.

How has the rum industry changed since you have been blogging?
I’m glad to see certain producers reacting to the demand for better, more interesting, and more challenging expressions. The range of rums available to enthusiasts today was unthinkable five years ago.  Case in point: We can now buy multiple versions of ultra-high ester Jamaican DOK and TECC rums. And those crazy Clairins from Haiti. And coming up very soon, Grogue from Cabo Verde.

I’m heartened to see a huge upswing in enthusiasts asking questions, touring distilleries, posting pictures, testing rums for estimate sugar content, and showing great interest in all aspects of how rum is made. Similarly, I’m glad to see the demand for more transparency, and some producers responding to those requests.

I’m also glad to see there’s a growing number of producers and highly educated people online who are fielding questions about rum, further boosting the community.

What is the most challenging thing about blogging?
Staying focused on finishing the writing on hand with so many other fascinating projects and stories vying for my attention.

What is the most rewarding thing?
Broadening people’s understanding of rum by bringing something entirely new to the conversation. For instance, the stories I’ve written about E&A Scheer and Main Rum.  More recently, what I’ve learned about London Dock and British Navy Rums will substantially revise people’s perceptions of those rums. In my opinion, of course!

Who has helped you/who do you respect in the industry?
Many people have helped me by trusting me with information about their business that’s far more detailed than they’d normally provide to a journalist. This helps me write stories that resonate with the true rum geeks out there. It’s hard work to build that trust, and very easy to lose it. I work diligently to ensure that doesn’t happen.

If I were to start naming names, I’d invariably omit somebody accidentally. However, if you look at my writings, both on Cocktail Wonk and elsewhere, you can easily get an idea of who those people are.

I also respect the people who are genuinely trying to innovate in meaningful ways, as well as those committed to help preserve and share the real history of rum.

What frustrates you about the industry?
Primarily, it’s the polarization within some corners of the rum community. It slows the category’s rise in perception as equally prestigious as whiskies and brandies. It also drives away some people who’d otherwise want to become part of the rum enthusiast community.

Some enthusiasts don’t seem comfortable with shades of gray. As much as we’d like it to be, precious little is black or white. The rum world is incredibly complex, with layers upon layers of history, economic interests, market forces and legal concerns that influence what producers make. It’s all too easy to get an incomplete picture, or just one side of a story, then start forming opinions about whether a brand is noble or not.

The comment thread fights that result from the polarization of some enthusiasts is off-putting to other enthusiasts who might otherwise participate. I know of several well-known and deeply knowledgeable people who simply chose to not comment anymore because of the uncivilized and disrespectful arguments that take place. We all lose out on their valuable insights.

Do your own homework. Listen to other perspectives with an open mind. Question if financial motives are portrayed as noble causes. Be weary of getting all your information (technical or otherwise) from one source.

What is your best bit of advice to someone new to rum?
Read all you can, but realize that no one source of information is comprehensive, or completely accurate. Triangulate what multiple sources say.

Try lots of rums, keeping an open mind. Realize that your palate will likely change over time.

Within reason, try to build a small collection representing key producers and countries, and at a reasonable price point. More than $15 a bottle, but less than $200.

Be comfortable with the fact that really understanding rum is a long term effort that won’t happen overnight, Or even over the course of a year. I still get surprised sometimes by new things I learn.

Any unicorn/bucket list rums you haven’t tried yet?
I’ve been extremely lucky so far and tasted many historic and/or very expensive rums. Huge thanks to my generous friends who have shared with me along my journey.

Other than the original Wray & Nephew 17 used by Trader Vic, there’s no list in my head.

I respect what the serious collectors do, but I’m not one to spend hundreds of thousands of dollars on a bottle just because it’s rare or historic.

There’s a certain freedom that comes from not chasing after the unicorn rums, and instead, enjoying what happens to come your way by lucky chance. But again, I’ve been very fortunate in that regard.

What is your proudest achievement so far?
That’s hard to say which makes me the proudest, so I’ll just share a few items for consideration.

My research and writing about London Dock and British Navy rums. Being in the Top 4 finalist in the Spirited Awards writing categories. Becoming WIRSPA’s community envoy. Being part of the “Rum Tasting of the Century.” Touring five of the six operational Jamaican rum distilleries. Writing the stories of E&A Scheer and Main Rum.

If you can, what would be your top three rums ever?
For me, a great rum is both a matter of taste and of history. With that in mind, I’ll choose the following, subject to later revision!

What would be your top three easily obtainable rums to have now?
Not a fair question – Three isn’t enough!

I use a lot of Plantation O.F.T.D. and Stiggins’ Fancy in my tiki drinks.

I use a lot of Smith & Cross – Good blend, a fair amount of funk, and a great price.

An unaged agricole (so many great ones to choose from), a moderately aged Cuban like Havana Club 7, and some Barbados goodness, such as Mount Gay XO or Doorly’s 12.

What is your drink of choice at the moment?
I strive to make something different every night. Most of what I make are tiki/tropical, but I regularly veer into classic and modern classic cocktails not of the tropical persuasion.

I typically start my evening with a drink, and then switch to neat spirits while I’m writing or otherwise working.

Do you have any Predictions for the future of rum?
I differentiate what I would like to happen from what I think will happen.

There are a few visible trends, such as the desire for transparency, which I imagine will continue.

There’s some perception that rum is “hot”, leading to new players jumping into the space, trying to capitalize on it with “me too” brands of dubious quality and provenance. This makes it harder for existing, long term players to maintain or grow market share in an ever-more-distracted consumer market.

For all but the very largest producers, the economics of the rum industry is brutal. We may see further consolidation of the existing producers under the umbrella of consortiums. This isn’t necessarily a bad thing, depending on the approach the new owner takes, including whether they’re willing to invest the money to upgrade and modernize operations.

I think the trend of more upstart independent bottlers and private label brands will continue for a while. However, whether they can provide something truly unique and achieve profitability is to be determined. I root for everybody to succeed in their rum endeavors, but I also see that it’s a very hard path to travel. That’s why I’m a writer and educator, not a brand owner!

#doubledaq for Mrs F as we say goodbye to the holi

The final day of #rumvent Day 24 and wow! What a R

Day 22 of #rumvent is in St Lucia with Admiral Rod